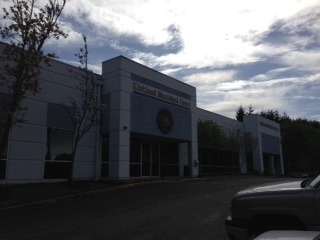 As an experienced Kirkland DUI Attorney, I can attest that Kirkland is a great place to live and has some beautiful scenery of Lake Washington.  You should know, however, that if you have been enjoying any alcoholic beverages at one of the many pubs or restaurants that you will likely be followed by police after you leave.  The City of Kirkland Police Department is notorious for following most people who leave these establishments, especially at night and on weekends. I've seen time and again people stopped for allegedly speeding going up 85th street towards I-405 or driving over a curb in an intersection where police know the sidewalk pokes out into the street, etc. If you are stopped and arrested by a Kirkland Police Department officer you will be processed at the Kirkland Police Department.

The Kirkland Police Department is one of the few agencies in Washington state that records all DUI booking and processing procedures so it is essential that your Kirkland DUI Attorney knows how to obtain that video evidence in preparation for your defense.

It is also necessary for your Kirkland DUI Lawyer to know the tendencies of the judge (the Honorable Judge Michael Lambo) and commissioner (John Olson) assigned to oversee criminal cases at the Kirkland Municipal Court and to be familiar with the prosecuting agency (Moberly and Roberts).

A Kirkland DUI will be heard in the Kirkland Municipal Court and the first appearance is what is called an arraignment and it is the formal charging appearance wherein a DUI suspect is asked to enter a plea.  We always have clients enter a plea of not guilty.  At that appearance the prosecutor may ask for conditions of release pending the outcome of the case.  Some typical conditions are: no new criminal law violations, no driving without a valid license and insurance, note any new change of address, no drinking alcohol or taking non-prescription drugs, no refusing a breath test by an officer who suspects you of drinking and driving.  Those are what we call standard conditions of release but a prosecutor may ask that bail be imposed or that the defendant have an igntion interlock device installed or worse, that a SCRAM device (alcohol monitoring bracelet) be installed pending the outcome of the case.

Kirkland DUI Lawyer, Nate Webb, answers the question, "If I am stopped in Kirkland for a Kirkland DUI, should I take Field Sobriety Tests?"

When I am asked if someone should  take standardized field sobriety tests I alwasy say no!  In Washington there is a new case that allows prosecutors to argue a refusal of field sobriety tests means you are guilty. With that new ruling, my original advice is the same, but make sure you establish the reason you are refusing the tests is because (a) a lawyer told you not to do them, (b) you have a prior or current injury, (c) if they aren't recorded you aren't going to take them, (d) I've been told no one could pass them.  After saying this make sure and tell the officer you don't believe you are guilty of anything, but that the tests are subjective, and you are not going to take them. Again, DO NOT take these tests, but always tell the cop, "I don't believe I am guilty of anything, but I am simply not going to subject myself to subjective tests."

The Webb Law Firm attorneys have appeared hundreds of times at Kirkland Municipal Court in defense of those arrested and charged with a Kirkland DUI.  We have also assisted those charged with other criminal offenses: Assault, Theft, Obstruction, Violation of No Contact Orders, Reckless Driving, etc.

A Kirkland DUI has serious consequences for those convicted, including:

If you have been charged with a Kirkland DUI, your lawyer needs to know how to defend you and must present some solid DUI defenses, such as:

Call the Webb Law Firm today if you have been arrested for a Kirkland DUI. Call today for your free consultation with your Kirkland DUI Lawyer, Nate Webb at (425) 522-4200.